Welcome to a phantastic resource for curious minds, connoisseurs, students... and just for fun

ScentCulture.Tube offers an incisive look at a research project that  reveals the secrets of creative practice in perfumery. What started as naive curiosity about organizing design processes led to an unprecedented study of the secretive world of perfumery. With funding from The Swiss National Science Foundation, a team of researchers led by Claus Noppeney followed master perfumer Christophe Laudamiel and other perfumers from 2010 onwards. Following an ethnographic approach, the team shadowed daily activities, routines and informal conversations. They witnessed how perfumers and other design professionals struggle with challenges, cope with constraints, work across disciplinary boundaries and make sense of their creations. ScentCulture.Tube provides access to ethnographic data generated at Christophe Laudamiel’s studios in Berlin and New York during this longitudinal study.

27 unique videos capture Christophe Laudamiel’s creative practice. The videos are part of a data set of 300 hours of film footage. Each video is framed by a story and invites you to comment and discuss. 200 snapshots and other images offer additional insights from the field. Key quotations expand learning opportunities by pointing to related  research in this field. Visitors can approach the site as a kaleidoscope: Each click on one of the  42 tags reorders the elements, tells new stories and opens up new views on creatives practices (e.g. creating, deciding or experimenting).

The videos tell different stories from the perfumer’s studio: Step by step sheds light on different stages of the creative process. The video zooms into various situations of decision making and conveys an idea of its overall complexity. Wet Dog: Chasing the Villain portrays perfumers as detectives. The story starts with Christophe detecting a malodor in an advanced modification. What follows is a passionate search for its causes. It is important to bear in mind that the film footage was originally produced for research purposes and later selected because of this communicative value. The Naïve Child captures key elements of Christophe’s creative practice. In a narrative interview with the researcher Christophe reflects on how he approaches even well known ingredients. Josef Albers: Study for Homage to the Square (Autumn Scent/Smell), 1966. Scent diary designed by Romy Mosesku during a smell culture class at Berlin University of the Arts. 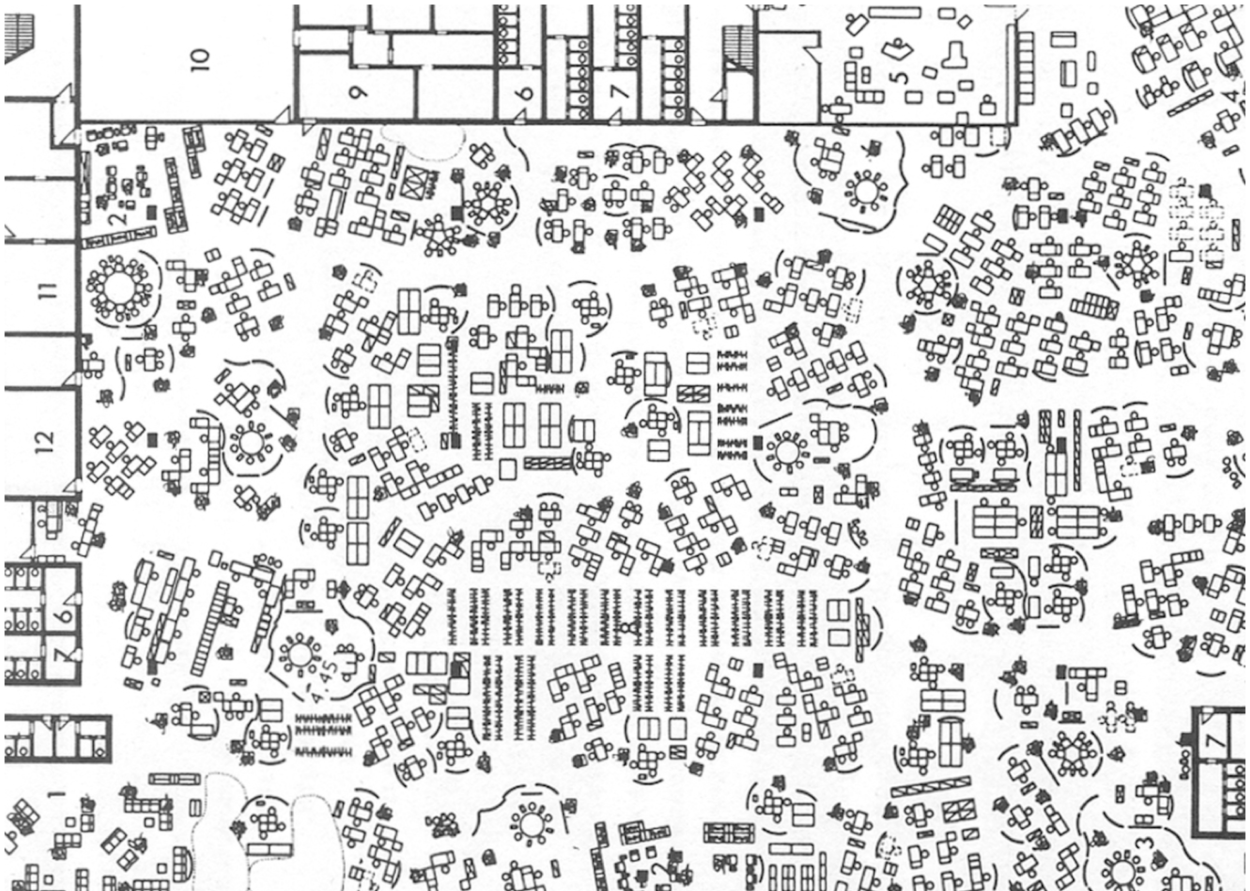 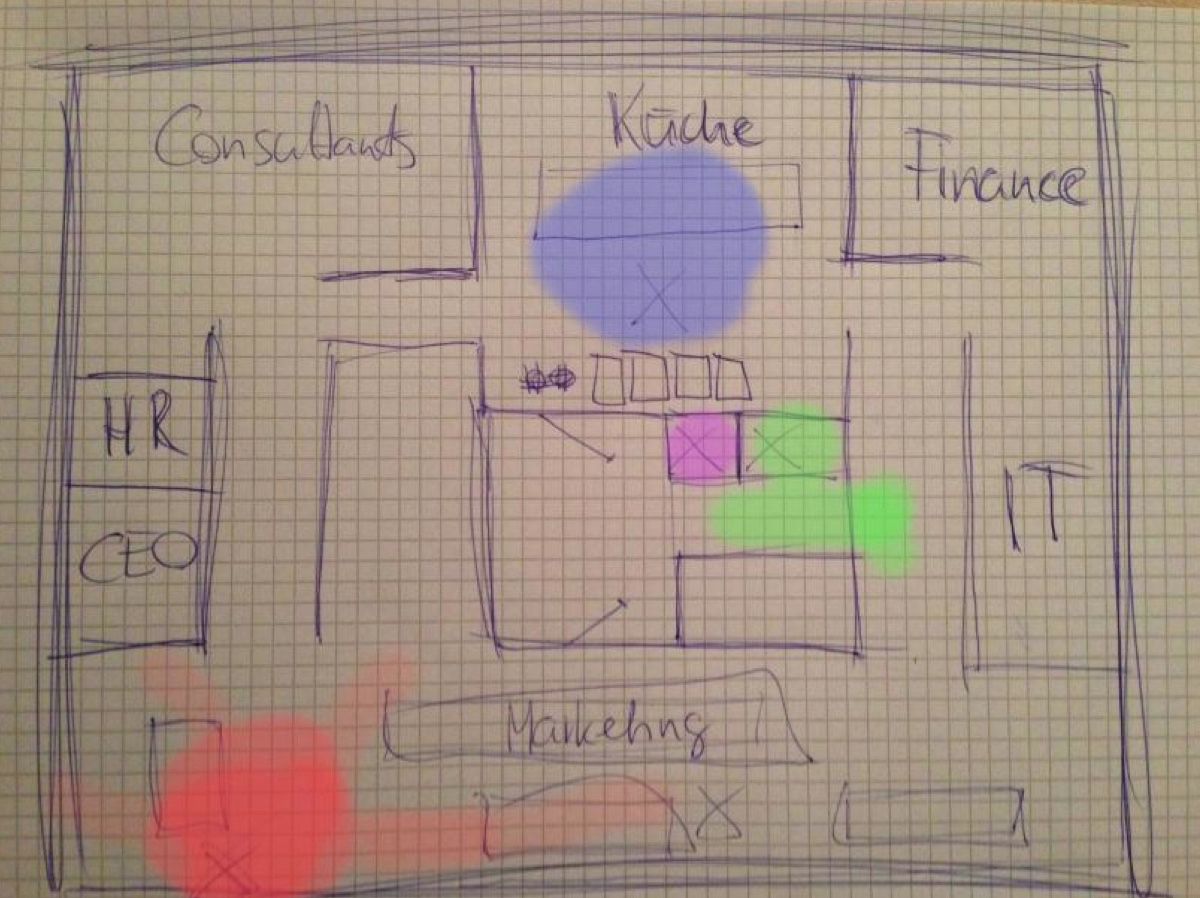 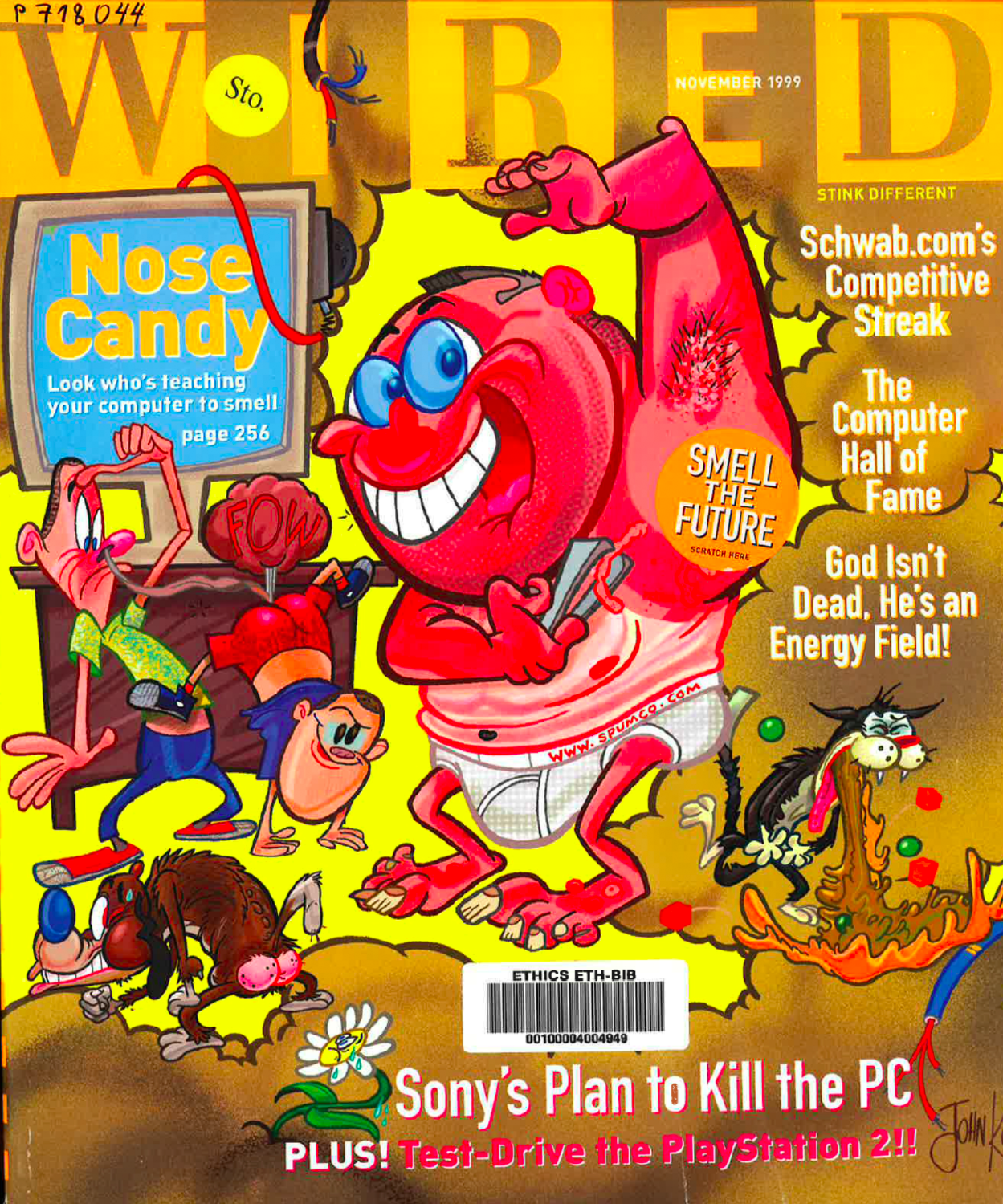 DigiScents Inc. on the conver of WIRED in November 1999. 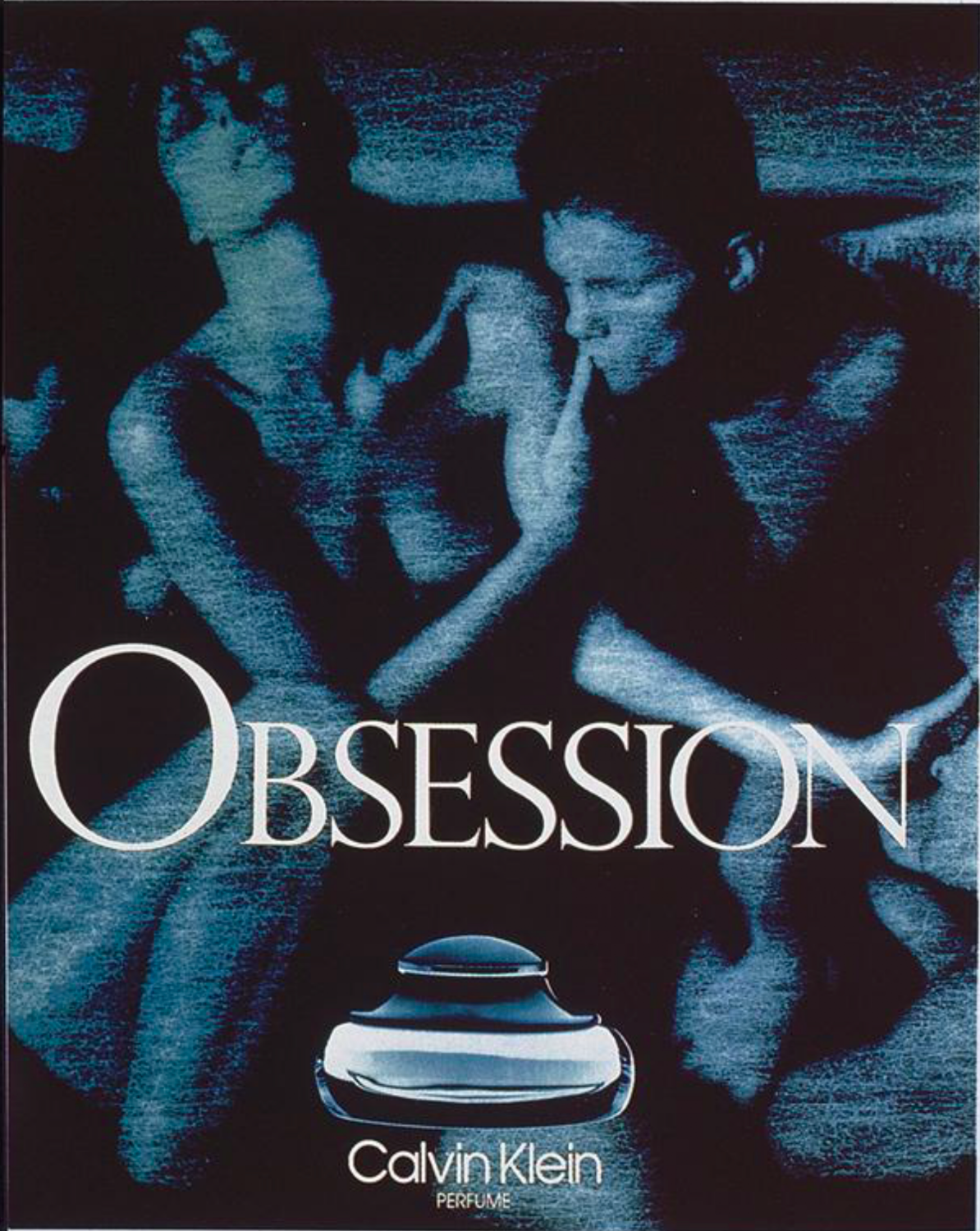 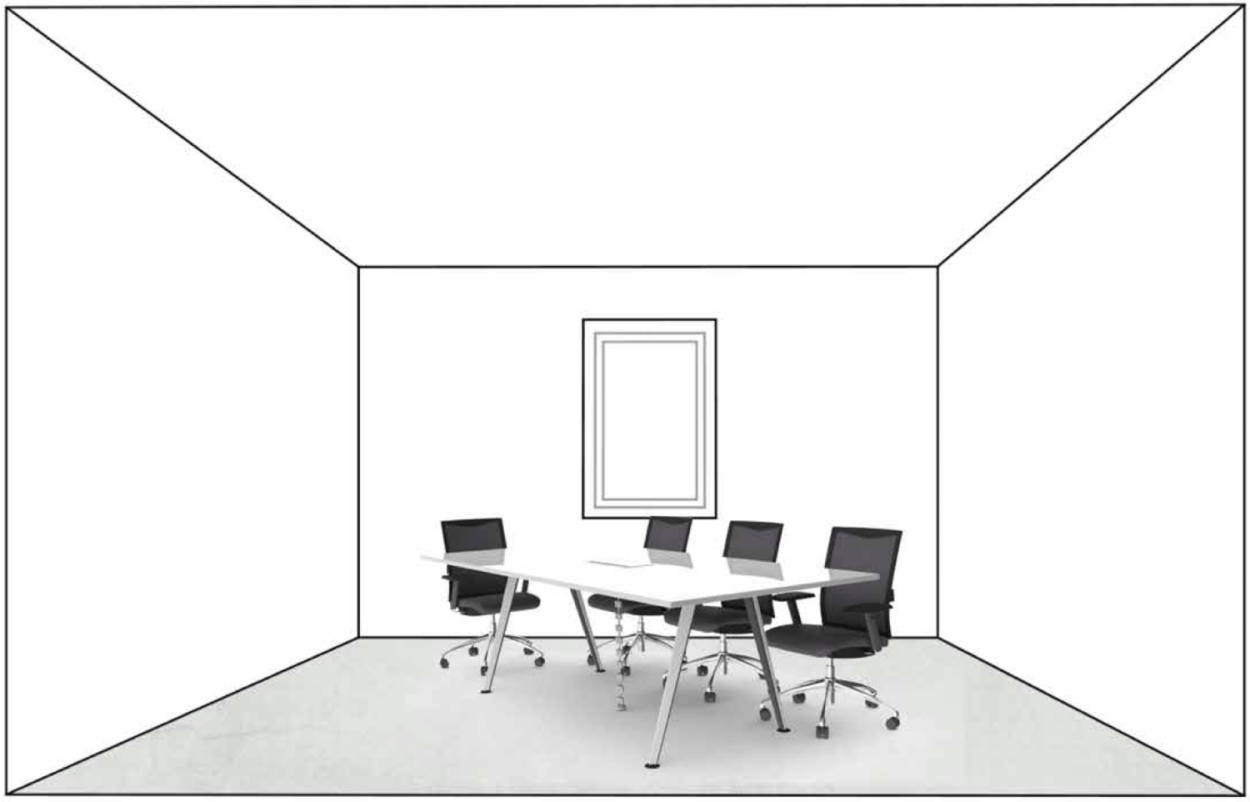 The smell of office space. Visualization by Aleksandra Oracz developed during a smell culture class at Berlin University of the Arts.

Perfume: The Story of a Murderer. Film still. Zooming into a CEO keynote 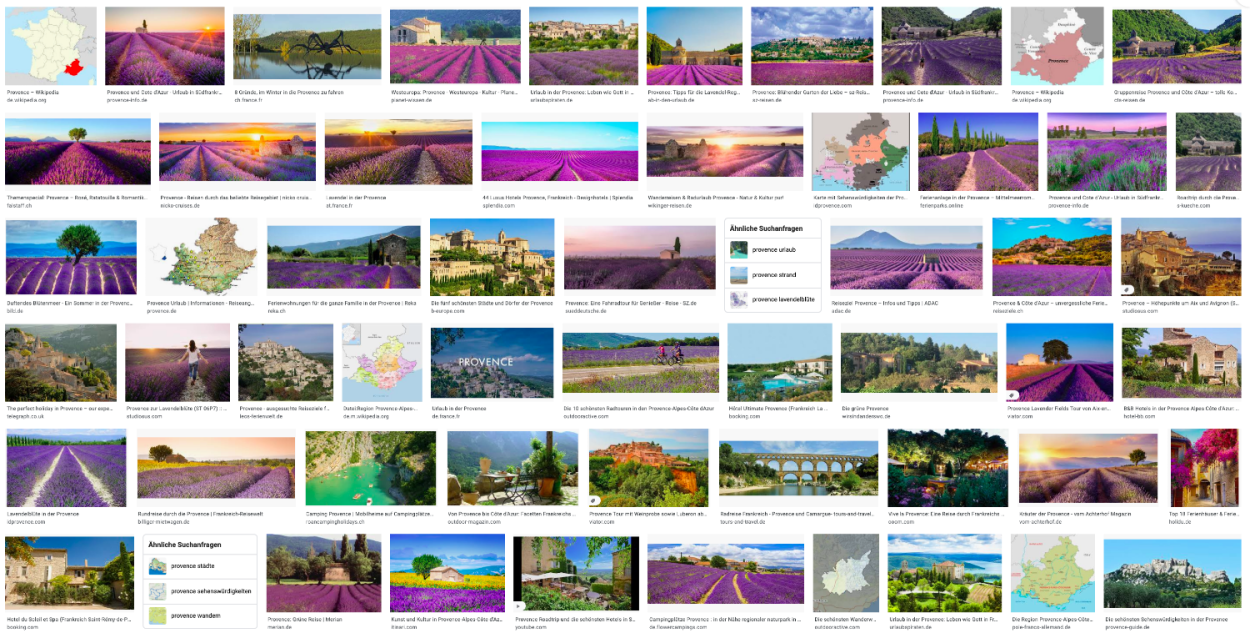 The visual representation of a scent created by Jonas Howald during a smell culture class at Bern University of the Arts. 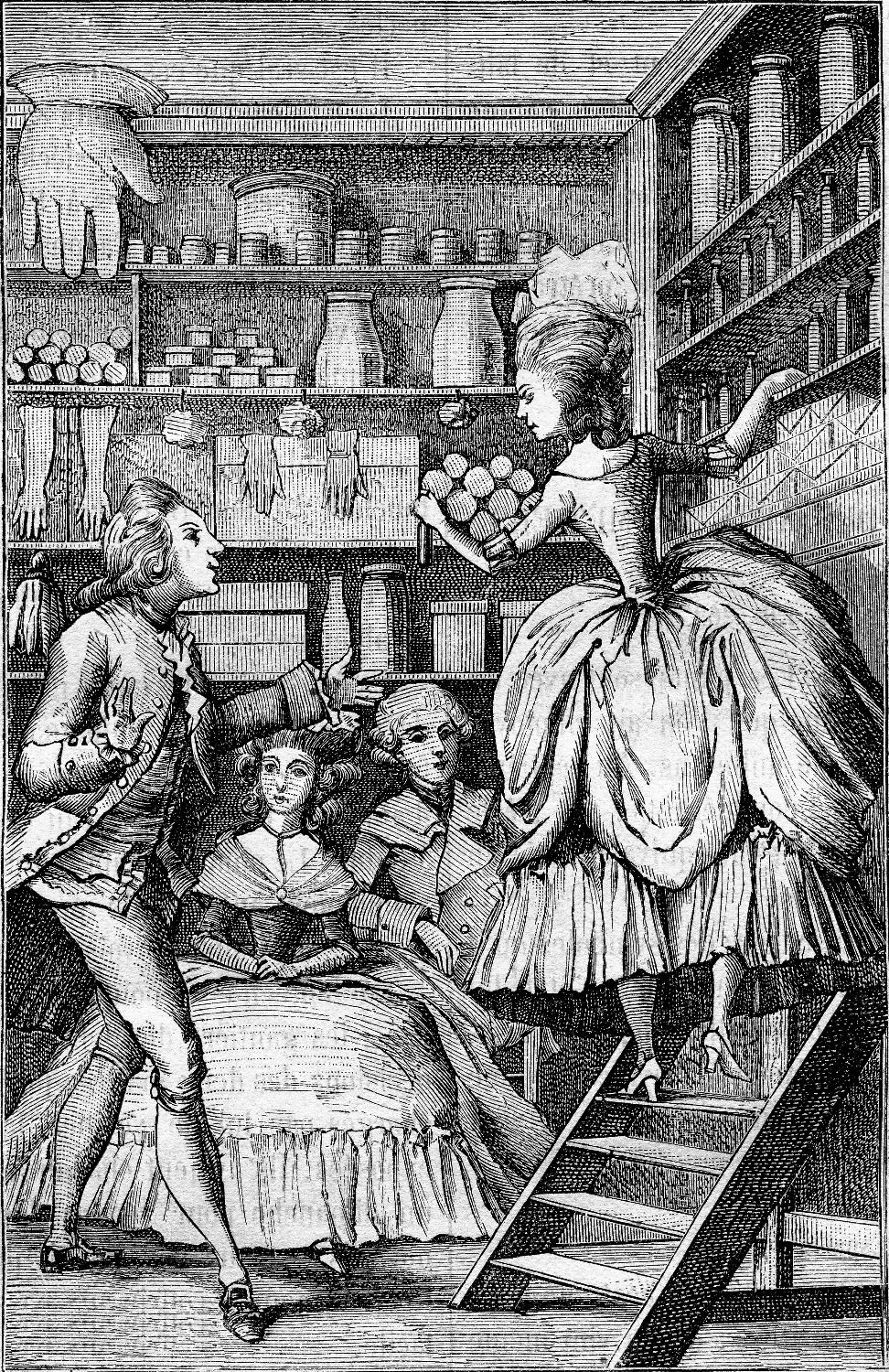 Institutional Wellbeing: An Olfactory Plan for Oceanside Museum of Art is a site specific installation created by Brian Goeltzenleuchter. It playfully examines the organizational dynamics at the museum and exploits corporate aesthetics to brand a scent for the organization. © Copyright 2020
scentculture.tube –
exploring scent as a
creative way of life A snapshot of Colonial Drug in Harvard Square in Cambridge MA. In 2013 the store relocated after 66 years. Given its reputation of having more than 1,000 fragrances in stock this store has been a hotspot for perfumista and the new scent consumer culture on the East coast.